I’ll have another post on Blesta, probably next week. If there’s something in particular you’d like me to touch on or want to know about, email me at sales and I’ll consider it for my next post.

It’s Friday afternoon and we are starting to wind down for the weekend, so I think I’ll just reflect on the past couple weeks.

Last Thursday a short while before noon the power went out in the whole building. The power was out for several hours, and we were on generator power. I didn’t realize that the generator doesn’t power the lights, or some of the wall outlets.

This picture doesn’t quite capture the creepiness of it all. I was unable to capture the subtler red glow in the furthest reaches of the building, or that rambling squiggly-squaw sound that zombies make. Maybe I imagined that last part. I did, right? 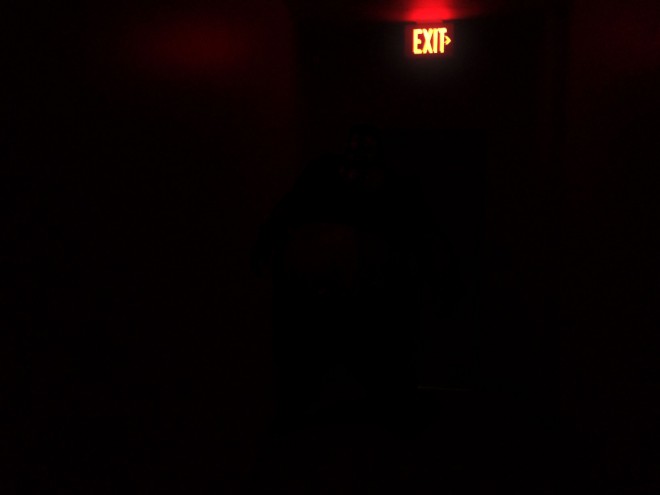 It was kind of exciting, the generator kept everything critical up and running (Like blesta.com) and we didn’t have to refuel it. The power eventually came back up and everything switched back over like it’s suppose to.

There was only one problem. My linux computer was plugged into an outlet that was not on generator power, and my battery backup ran out of power.. and it would not boot back up. Dead. On top of that, one of the hard drives was making a cyclical click or screeching sound. Not good.

Being the sort of guy that backs up everything, I thought this would be no problem. A couple new hard drives, kick off the R1Soft restore CD and I’ll be back to normal in a few hours. Nope, the R1Soft backups are corrupt. Well, not the /boot partition, just the / partition — that’s like everything I need. They let me down, big time.

It was a long night, or early morning depending on how you look at it, but I was able to recover everything from the drives with a little linux shell magic. I did have to do a fresh install of the OS, but an upgrade was long overdue anyway. I had my data back.

Someone will ask, so I’ll tell you. Blesta code was never at risk because it’s in several different geographic places at all times.

Do you have backups? Multiple backups? Backups of your backups?

Alright, I hope everyone has a great weekend. v3 alpha is rapidly approaching.. looking at the tasks and there are only a few left. Stay tuned. If you’re a developer and there’s something you want to build on v3 for personal or public use let me know. You might be eligible for the alpha.